The time of has arrived when bluebonnet lovers across the state of Texas have begun wondering what the 2020 bluebonnet season has in store. In a previous article we took a look at the contributing factors for a bluebonnet bloom in an attempt to identify not only how much rainfall is necessary, but when that rainfall is most needed and the temperatures which best promote a successful bloom. After gathering data for the past few months, we finally have enough to begin to opine about the upcoming bluebonnet season.

In the first of this three-part series, we will take a look at the rainfall and temperature data from the Big Bend in West Texas. Since the 2019 bluebonnet season in the Big Bend produced a superbloom that was the best anyone can remember, the weather data from the fall and winter of 2018 and 2019 is presented alongside the current data as a frame of reference for what the ideal conditions most likely are. In addition, rainfall maps showing the departure from normal are presented for each month from September 2019 to January 2020. For the sake of this article, we will assume that average rainfall will yield an average bluebonnet season.

There are some discrepancies between the data presented in the table below and the departure from normal rainfall maps. It is important to remember that the data in the table below represents a single location where rainfall was collected, and can be expected to be precise. However, as we all know, rainfall can vary from place to place in fairly short distances, and the maps that are presented here are showing the overall picture of rainfall and cannot not accurately show those variations across short distances.

At the time of this writing, January weather data was only available for Lajitas and Castolon. But by looking at the numbers only we can see that overall this year's rainfall has been significantly less than last year's rainfall. The exceptions are Lajitas and Rio Grande Village in September. The cooler than average temperatures are good news, but the almost complete lack of rainfall in October 2019 is troublesome.

September in the Big Bend is the end of the monsoon season, and in September 2019, overall, the data shows a wetter than average month. While the Lajitas area was about average, Castolon and Panther Junction were between one and two inches above normal, while Rio Grande Village was two to four inches above normal.

October 2019 tells a different story than September 2019 did. Rainfall across the Big Bend was anywhere from a half inch to two inches below normal. Simply put, this is bad.

While November is probably one of the least important months for rainfall based on our analysis of the weather data from the 2018/2019 bluebonnet season in the Big Bend, it still never hurts to get some rain. Most bluebonnet seed has germinated by this point and rosettes are beginning to develop their root structures and go through the vernalization process. In any case, rainfall was about average in November 2019 across the Big Bend, with a couple of pockets seeing up to an inch above average.

The rosette development period runs from sometime in November to sometime in February. This is the period when bluebonnet rosettes are going through a process known as vernalization and developing their root structure. While rainfall is still important during this time, it is not quite as important as it is during the seed germination period.

December 2019 rainfall was about average across the Big Bend.

January 2020 rainfall, like December 2020, was about average across the Big Bend.

Predicting a bluebonnet season is extremely difficult to do with accuracy due to the fact that there are so many different factors are involved in a bloom that are impossible to evaluate. But based on the rainfall totals presented here, specifically the poor rainfall during October 2019, which may be the most crucial month for seed germination, I do not expect to see a very good bluebonnet bloom in the Big Bend in 2020. There will likely be bluebonnets along roadsides, which see more benefit from each rain due to runoff from the paved roads, but I don't expect to see much away from the roads. I certainly hope I am wrong. It will be very interesting if I do end up being wrong, because it will indicate that September is more important in terms of rainfall totals than October for Big Bend bluebonnets (Lupinus havardii).

In Part II of this series we will take a look at the data and forecast the 2020 bluebonnet season in South Texas. Stay tuned... 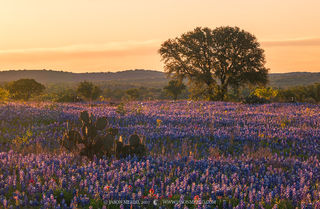 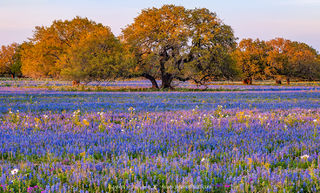 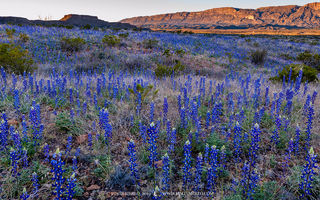 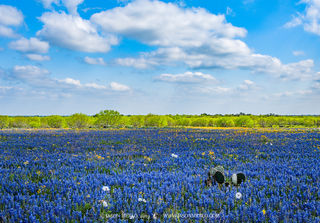